Criminalisation of same-sex sexual acts around the world

In 2012, 78 countries out of 193 still have legislation criminalising same-sex consensual acts between adults. This is an increase from the previous year (up to 78 from 76).

“Though one ‘new entry’ – Benin – is due to our improved knowledge as to the laws of the country […], the other entry – South Sudan – represents a real disappointment: one would have hoped that the birth of a new country would have been also the occasion to improve the legislation inherited from the old country the new one was once part of.” (See ILGA May 2012 report State-sponsored Homophobia http://tinyurl.com/ILGA-State-Homophobia-2012 )

Iran, Mauritania, Saudi Arabia, Sudan, Yemen and parts of Nigeria and Somalia have the death penalty for same-sex acts. 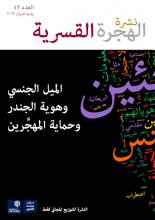