Home after Dayton: IDPs in Sarajevo

The experiences of displaced people in Sarajevo show that living in a place that people perceive to be safe and to provide opportunities can be more desirable than returning to one’s place of origin. Participatory urban projects can help foster the sense of community which is still missing.

It is estimated that about 90,000 current residents of Sarajevo, the capital of Bosnia and Herzegovina (BiH), lived elsewhere in BiH before the war. Some came to Sarajevo to seek work in the years after the war but for many life in Sarajevo began as a result of displacement during the war. In many places around the world, urban IDPs as a category with a specific profile are ignored by local authorities or in some cases are singled out negatively. The experience of displaced people who now live in post-Dayton Sarajevo can help inform action and policy both in BiH and in urban displacement contexts elsewhere.

Annex 7 of the Dayton Peace Agreement stipulated the right of IDPs to return specifically to their “homes of origin”, rather than the more common UNHCR “return to country of origin” framework. This specificity was grounded in the desire of international actors to reverse the ‘ethnic cleansing’ which they did not stop during the war. In addition, it was also linked to a view that people are rooted in a particular place. This is what Roger Zetter calls the “myth of home”, where the emphasis is on the geographical location of a place that is considered to remain ‘home’ no matter what. As a result, in post-Dayton BiH, there was an emphasis on the restitution of property and return. At first glance, this was successful, as many people reclaimed their property and BiH witnessed over a million returns. In practice, however, many recovered their property and then sold it to others, mostly to those of the new majority group in the respective localities.

The alternative to this ‘home return’ approach is a ‘looking for cool ground’ approach where people’s decision to remain elsewhere is connected to feelings of safety and the opportunities they find in their new locations.[1] For many displaced Bosnians, the return to their pre-war homes would imply living as a minority amidst another ethnic group, and that could instil feelings of insecurity or fear of conflict. Furthermore, with the collapse of the socialist industrial economy, this return would imply a choice between unemployment and living off the land, which the younger generations are not so inclined to do.

Places that represent ‘cool ground’, on the other hand, would provide security, in the sense both of being shielded from possible animosity, resentment or conflict and of having better prospects for employment. While for some this cool ground was a foreign country, others found it in big cities like Sarajevo, where the economy was better than elsewhere in BiH. Living among people with whom one shares a language and often a religious and overall cultural code was preferable for some to living elsewhere and having to negotiate different languages and cultures.

Most displaced people in Sarajevo whom I interviewed told me that they feel at home in the city.[2] For some, feeling at home was a matter of spending enough time in a place and getting accustomed to it. For others, feeling at home meant being surrounded by supportive and engaging social networks. For some, Sarajevo became home as it is a relatively large city and thus a place both of anonymity and of discovery. For others, however, the size of the city caused loneliness and hampered a sense of community.

One obstacle to feeling at home in Sarajevo is a perception of animosity and arrogance shown by the pre-war local population. As the majority of the displaced were of the same ethnicity and religion as the new demographic and political majority in the city (i.e. Bosniaks), one might expect that their integration would be smooth, facilitated by the authorities and embraced by the local population. What actually happened defies this assumption. Locals invoke the notion of a Sarajevo spirit, Sarajevski duh, to express the refined urban culture of Sarajevo, and depict the newcomers as rural, primitive, traditional, religiously radical – all traits assembled under the umbrella of ‘uncultured people’, nekulturni, who are unable to adjust to the city.

A number of the urban IDPs I interviewed discussed the perceived differences between the rural (‘uneducated’) and urban (‘educated’) newcomers:

“Taxi drivers talk about all those people who came here: …[the newcomers] are uneducated, they don’t know how to behave, they throw rubbish from the windows and not in the bins, and all these stupid things. I am sure there are some like that but that does not make a pattern. I am educated, I do not throw rubbish out of my window….”
(Vedad, 44)

“There is a lot of animosity. People believe that being born in some place is more noble. But then you ask – […] you think that just by being born here, you are better?”
(Nihad, 47)

The persistence of divisions within Sarajevo’s urban population indicates that providing housing,[3] employment and support networks needs to be complemented by community development. The divisions between groups can be moderated by concentrating on common challenges and opportunities, by working on a common vision to benefit all. One area where this can happen is urban planning and development. Interviews reveal that for most residents, displaced or not, the problems of urban living are similar – relating to employment, traffic, urban amenities – and working together to address these issues could help to cement the feeling of community.

Humanitarian actors need to pay more attention to urban issues and the needs of urban IDPs. One possible avenue of action would be for humanitarian actors to advocate to local authorities the need to involve local residents of all backgrounds – including IDPs – in small community projects (working with local community NGOs) and in wider participatory planning and development schemes. It is important, however, not to single out IDPs in poor communities and thereby risk creating animosities between the host community and IDPs; any projects should rather address the overall structural problems of the area and the concerns of all residents.[4] Such an approach will foster people’s sense of belonging and facilitate a more inclusive urban vision.

[2] In 2013-14, I interviewed urban IDPs in Sarajevo from a variety of backgrounds, urban and rural, who either came directly to Sarajevo as IDPs or who were refugees abroad first. Many thanks to CESI for facilitating this research and especially to CESI director Dr Selma Porobic for her support. My research on IDPs did not include East Sarajevo (in Republika Srpska); for a study of Sarajevo Serb IDPs in East Sarajevo see Armakolas I ‘Sarajevo No More? Identity and the Experience of Place among Bosnian Serb Sarajevans in Republika Srpska’, in Bougarel X, Helms E and Duijzings G (Eds) (2007) The New Bosnian Mosaic: Identities, Memories and Moral Claims in a Post-War Society. Ashgate.

[3] Housing availability was, unusually for IDPs, not a problem in Sarajevo at the end of the war as most of the Sarajevo Serbs had fled the city, vacating properties. More, low-cost informal construction took place on the hills surrounding the city. 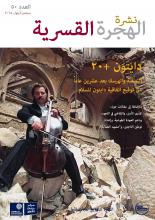