Although actively involved in the establishment of the League of Nations, Brazil withdrew from this organisation in the mid 1920s. Thus it did not participate in the international movement for the protection of refugees victimised during the inter-war period. Those refugees who arrived in Brazil during that period were granted ordinary migrant status. Similarly, at the end of the Second World War when refugees, mostly from Eastern Europe, resettled in Brazil they were not recognised and documented as refugees, but rather as ordinary migrants.

Brazil ratified the 1951 Refugee Convention in 1960 and its 1967 Protocol in 1972 but legal and political reasons prevented non-European refugees from enjoying asylum in Brazil. Brazil opted for alternative (a) of the 1951 Convention Article 1, B (1): only refugees coming from Europe were entitled to be granted protection in its territory. During the 1970s the Brazilian military dictatorship had little inclination to protect left-wing asylum seekers persecuted in other Latin American countries. There were, however, very few reports of refoulement; most Latin American asylum seekers were resettled in Europe.

In order to address the resettlement of these refugees, UNHCR established an office in Rio de Janeiro in 1977. The Brazilian government accepted UNHCR’s presence, but did not grant it the status enjoyed by international organisations. Those who managed to arrive in hope of receiving refugee status were granted only a tourist visa and were sent to other countries for resettlement. Approximately 20,000 Chileans, Bolivians, Argentineans and Uruguayans were resettled in Europe, Canada, New Zealand, Australia and the United States.

This resettlement effort was made possible by the work of UNHCR in Rio de Janeiro and by the efforts of the former Archbishop of São Paulo, Cardinal Paulo Evaristo Arns. Cardinal Arns was a key advocate of human rights, deeply compassionate towards the plight of refugees and unstintingly supportive of UNHCR. In recognition of his important contribution to the protection of refugees, he was awarded the Nansen Medal in 1985, an honour conferred by UNHCR on those whose work in favour of refugees is outstanding and deserving of international recognition.

Due to UNHCR intervention, and on an exceptional basis notwithstanding the geographic limitation under the 1951 Convention, the Brazilian government accepted in 1979 and 1980 about 150 Vietnamese refugees (‘boat people’) rescued by Brazilian ships. Eventually they were granted ordinary migrant status.

UNHCR’s presence was officially accepted and recognised in 1982. After 1984 non-European refugees were allowed to stay in Brazil for a period not limited by resettlement opportunities and were granted documentation issued by UNHCR and endorsed by the federal police. The national authorities indicated their understanding that the refugees were UNHCR’s responsibility, not Brazil’s. In 1986, with UNHCR assistance, some 200 Iranian Bahais, comprising about 50 families, were resettled in Brazil as migrants.

When UNHCR’s office moved from Rio de Janeiro to Brasília in March 1989 relations with the Brazilian authorities were finally regularised. Following this relocation, the government declared in December 1989 its option for alternative (b) of the 1951 Convention Article 1, B (1), thus removing the geographic limitation and making it possible for refugees from any part of the world to be recognised under Brazilian law. In December 1990 Brazil withdrew the reservations to articles 15 and 17 of the 1951 Convention. This meant that refugees (at the time only a small caseload of some 200 people) were now able to enjoy rights of association and paid employment.

This situation was considerably altered by the resumption of the civil war in Angola at the end of 1992 and the arrival by air of 1,200 Angolans who had obtained tourist visas but who then applied for asylum. Although they did not meet the classic 1951 definition of a refugee (most were not fleeing individual persecution but the consequences of conflict and widespread violence), the government applied a broader definition of a refugee, inspired by the 1984 Cartagena Declaration. The Angolan asylum seekers were recognised as refugees and enjoyed the same rights as Convention refugees. The application of this expanded definition also took place with regard to about 200 Liberian asylum seekers who applied for international protection in Brazil. As a result of the broader definition of refugee, by mid 1995 70% of the caseload in Brazil (around 2,000 refugees) enjoyed refugee status.

In accordance with its commitment to human rights the government of President Cardoso (himself a political exile in Chile in the 1960s) sent the Refugee Act Bill to the National Congress in May 1996. Drafted in close collaboration with UNHCR, it was signed into law in July 1997. The Refugee Act is the first comprehensive refugee law in South America. It reproduces the classic definition enshrined in the 1951 Convention that an individual shall be recognised as a refugee if "due to severe and generalized violation of human rights, he or she is compelled to leave his or her country of nationality to seek refuge in a different country".

Also significant is the establishment of the National Committee for Refugees (Comitê Nacional para Refugiados). Composed of representatives of the Ministries of Justice, Foreign Affairs, Labour, Health, Education and Sport, the Federal Police Department and an NGO involved in refugee assistance and protection, CONARE brings together all those actively involved with refugee issues in Brazil. UNHCR actively participates and enjoys observer status at CONARE meetings.

CONARE assists the process of determining eligibility. Each asylum seeker is interviewed by a CONARE staff member who prepares an interview report and lists respective eligibility opinions. These are then presented at CONARE sessions when eligibility decisions are made. Establishment of an appeals procedure is being envisioned. A further progressive development is that the success of asylum applications is no longer announced in the official government gazette but is directly communicated to applicants.

2,700 families from 47 countries currently have legal refugee status in Brazil. Most are African, the great majority (some 1,600) from Angola and smaller numbers from West Africa. Approximately 70 Iraqis and 100 citizens from former Yugoslavia have also been granted refugee status. It is expected that continued conflict and resultant massive displacement in Colombia will greatly increase the small number of Colombians currently holding refugee status.

Once an asylum seeker is granted refugee status in Brazil, s/he is issued an identity card and has the right to public medical assistance, to study and to work. As a result of local integration strategies, most refugees are incorporated into public and private social programmes. After six years in Brazil, a refugee can apply for a permanent visa (thus becoming an immigrant) and for Brazilian citizenship. On a case by case basis, a refugee can, for a certain period, receive financial help, equivalent to Brazil’s minimum wage, approximately US$70 per month. It is disbursed by Caritas, the Catholic NGO that has been UNHCR’s implementing partner since 1977.

With its vast territory, population of 170 million and ethnic diversity, Brazil, despite its economic difficulties, is able to absorb and offer opportunities for those who wish to stay. A society which is an admixture of (among others) indigenous Indians, Africans, Italians, Germans, Hungarians, Czechs, Poles, Spaniards, Portuguese, Lebanese, Japanese, Korean, Chinese and Ukrainians is open and tolerant towards the arrival of immigrants and refugees. Substantial sections of the political elite and intelligentsia were themselves exiled and are therefore sympathetic to the need for receiving and protecting those fleeing persecution.

Refugee issues have acquired growing importance in Brazil since the return to civilian rule in 1985. Article 4 of the new Constitution adopted in 1988 recognises human rights as a guiding principle of Brazil’s international relations. There is a widespread growing public awareness of human rights. Such a climate enables such initiatives as that undertaken by the city of Passo Fundo which in 1998 accepted and gave tertiary employment to a persecuted Cuban writer and became the first city in the Americas to join the Network of Cities for Refugees. Launched in 1994 by the International Parliament of Writers with the support of the European Union, this network aims to protect and support persecuted writers.

A new initiative: the resettlement programme

Articles 45 and 46 of the Refugee Act enshrine the voluntary character of resettlement and the need for planning, coordination and determination of responsibilities. UNHCR’s Resettlement Section places high priority on the consolidation and strengthening of programmes in the current emerging resettlement countries: Argentina, Brazil, Chile, Benin, Burkina Faso, Ireland, Iceland and Spain. In November 2000, a consultant resettlement expert started work in UNHCR’s Regional Office in Buenos Aires. His task is to work closely with government and non-governmental partners in Brazil, Chile and Argentina in planning and implementing resettlement programmes.

As part of this initiative, in March 2001 a UNHCR mission visited four Brazilian cities selected by the Ministry of Justice to take part in pilot refugee resettlement projects overseen by CONARE. Brazilian authorities are concerned to ensure that refugees are well received by the local communities and are successfully integrated. Positive contacts have been made with representatives of civil society to explain the resettlement initiative and to seek support. It has been agreed that projects will be small: each of the four selected cities will at most receive 30 refugees each. In the initial phase, the Brazilian authorities plan to receive some 120 refugees per year. The programme does not fix any quota by nationality but has established that the first group will be composed of Afghans. They were due to arrive in October 2001 but post-September 11 security concerns have led to postponement of their arrival to early 2002.

Once a temporary haven for asylum seekers, Brazil became a refugee-receiving country and is today a resettlement option in its own right. These developments flow from the democratic process and human rights improvements – including the drafting of a Plan on Human Rights – that Brazil has undergone since its emergence from dictatorship in the mid 1980s. UNHCR has actively moved forward the process. Brazil’s Refugee Act is a modern and coherent legal instrument, in harmony both with the practice carried out by the national authorities and with international and regional norms. The Act’s resettlement provisions are the basis of a new phase in refugee in Brazil. Many hope that it will serve as a starting point for harmonising policies and legal instruments for refugee protection throughout Latin America.

José H Fischel de Andrade is lecturer of International Law, University of Brasília (UnB) and Catholic University of Brasília (UCB). From 1994 to 2001 he worked as UNHCR protection/field officer in Brazil, Colombia, Liberia, Venezuela and Bosnia-Herzegovina. The views expressed in this article are those of the author and do not necessarily reflect the views of the UNHCR or the UN. Email: fischel@zipmail.com.

Adriana Marcolini is a journalist in São Paulo. She worked in 2000/2001 as Associate Public Information Officer (United Nations Volunteer) in the UNHCR office in Sarajevo, Bosnia-Herzegovina. Email: drimarco@terra.com.br . 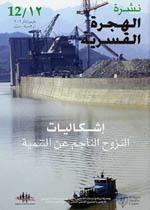